Our vision is to build a Mikva and a women’s oasis.

A place you can consider your second home. A space where you can rejuvenate, refresh and recharge. Carve out time out for you.

Women set the tone of the home. When she is relaxed and happy so is her family. This is the perfect new spot.

Bask in our beautiful decor, serene atmosphere and relaxed ambiance.

Choose from our amenities that suits your needs. 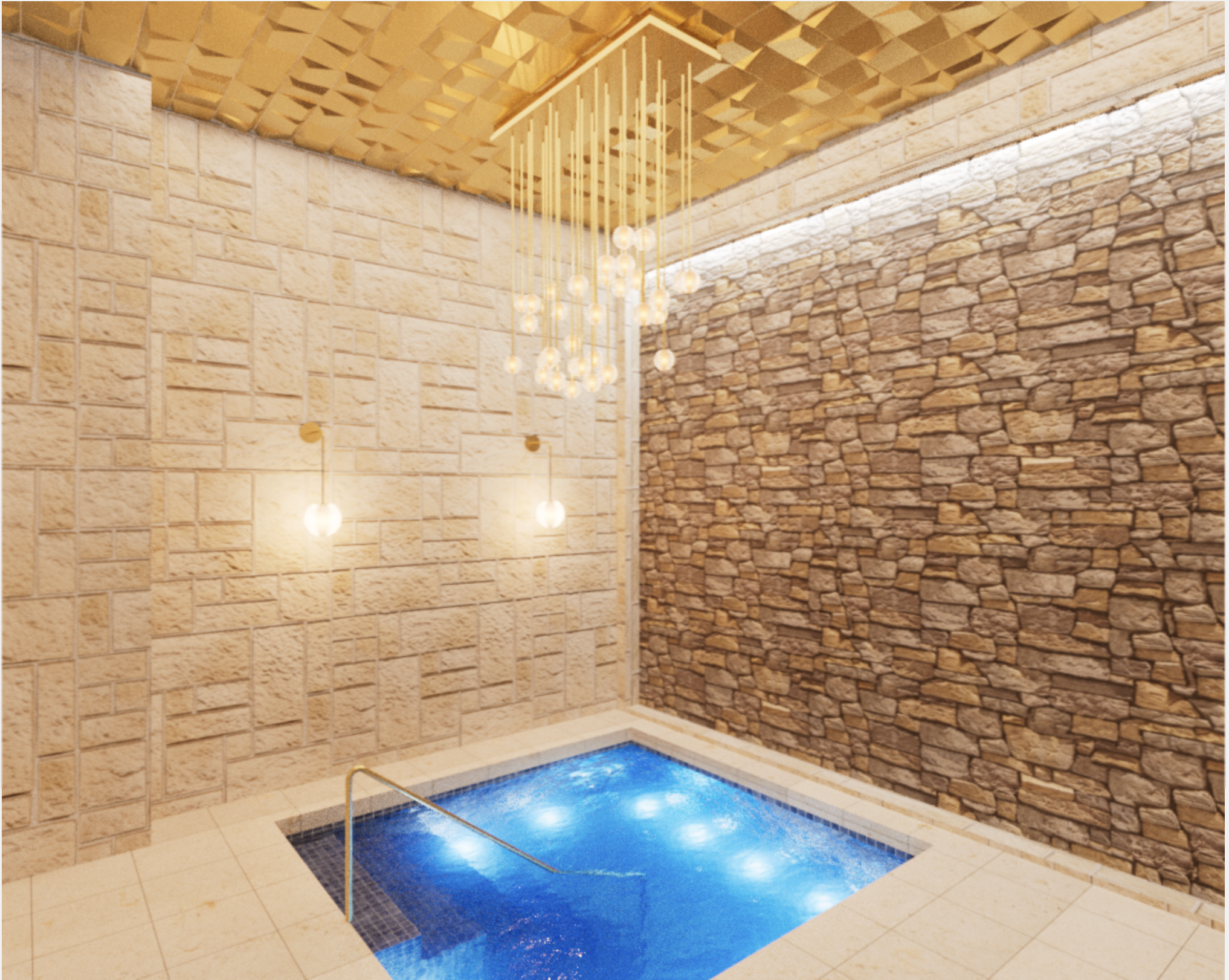 State of the art Mikvah

Chayala’s Mikvah will be a combination of modern elegance and serenity fused together to create the perfect immersive experience. It will be a spacious, luxurious and very welcoming, making all our women feel comfortable. It is fitted with seven preperation rooms, fully equipped with luxurious pamper products to enjoy whilst you bathe or shower before immersion. The beautifully designed Mikvah prayers come in Hebrew, English and Transliterated to accommodate all who need the words.

A haven for women

We live in a very busy and demanding world where there’s often very little time to take care of ourselves. Often, all we just need is a haven for women; somewhere to escape momentarily where it’s peaceful to recharge and reconnect with ourselves. Our Mikvah and Oasis offers that tranquil space for you to slow down and focus on yourself and your needs, be it physical, emotional and spiritual. Our goal is to manifest a place for women to gather, to be comfortable and supported, as well as gain that sense of restoration.

Pamper yourself and indulge in your choice of spa and beauty treatments, with everything from pedicures to manicures, hairdressing to make-up sessions and everything in between. If you’re preparing for Mikvah, or simply looking to relax and refresh, we will be delighted to provide you with a memorable and comfortable experience, whilst imbuing meaning at the same time.

Wind down and escape to a sense of bliss with one of our spa treatments. We offer a luxurious and holistic approach to your wellbeing and spirituality, with our avant grade facilities, acclaimed treatments, gym classes and a team of modest, yet expert professionals who deliver them. Make your visit one to remember by soothing your body and relaxing your mind.

Welcome to our sanctuary of healthy and delicious food and drinks. Enjoy something fresh, hearty and warming at the Oasis Cafe. Our modern cafe area is the perfect spot to meet a friend, learn some Torah, listen to a Shiur, bring your little ones or just enjoy a nice cup of coffee alone.

What the Women Say

“Chayala’s Mikvah and Women’s Oasis is a beautiful and enriching experiential Mikvah and oasis for all Jewish women to come together, no matter their background and observance levels. It’s a warm and inviting space for Jewish women to meet like-minded neighbours, whilst at the same time, taking care of themselves.“

“Due to the rapid growth of our community and the influx of new Jewish families, a pristine new Mikvah is an important priority for Jewish women. A place where women can congregate together, learn together, socialise together, as well as have that personal space to connect with themselves and the Almighty before immersing into the Mikvah.”

“A Growing community needs an evergreen space for rejuvenation, growth and connection. Chayala’s Mikvah and Women’s Oasis provides just that with its state-of-the-art Mikvah, its spa and beauty facilities, together with a healthy cafe for socialising with local friends, new and old.”

“With the hustle and bustle of everyone’s busy lives, this Mikvah and Oasis offers a tranquil and devotional setting for women to slow down, recalibrate and reconnect with themselves. With little time and space, our setting is perfect for relaxing, revitalising and restoring.“

Be a part of it

Make your mark by helping to build Chayala’s breathtaking Mikvah. Every brick plays a vital role in the completion of the Mikvah and its luxe amenities. Each donation you make offers a benevolent way of contributing to the greater whole of the local Jewish community now and in the future. It also honours the memory of a loved one, and enhances the beautiful Mitzvah of Mikvah. Take part and help build the perfect, immersive experience as part of our Jewish Spirituality. 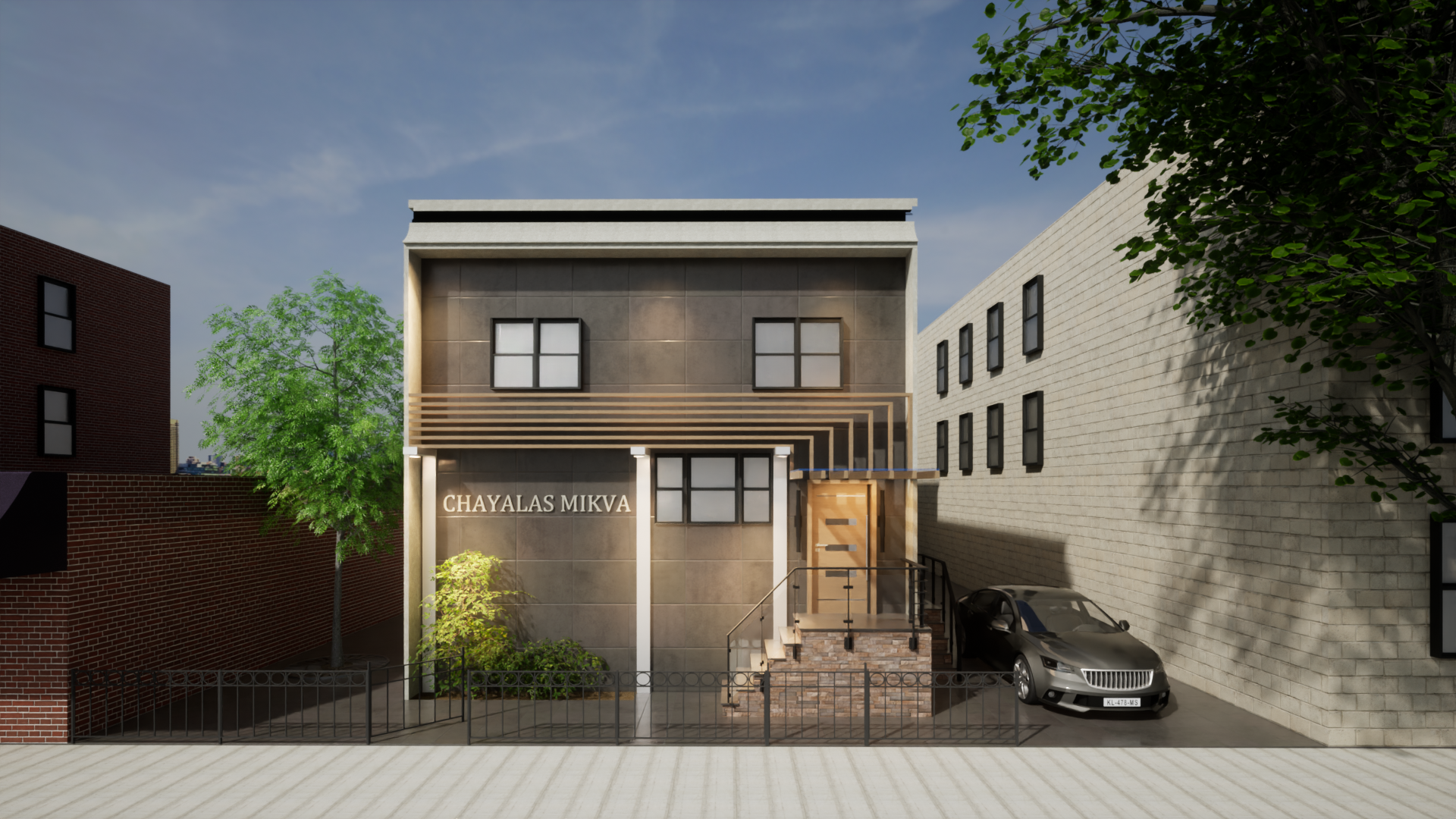 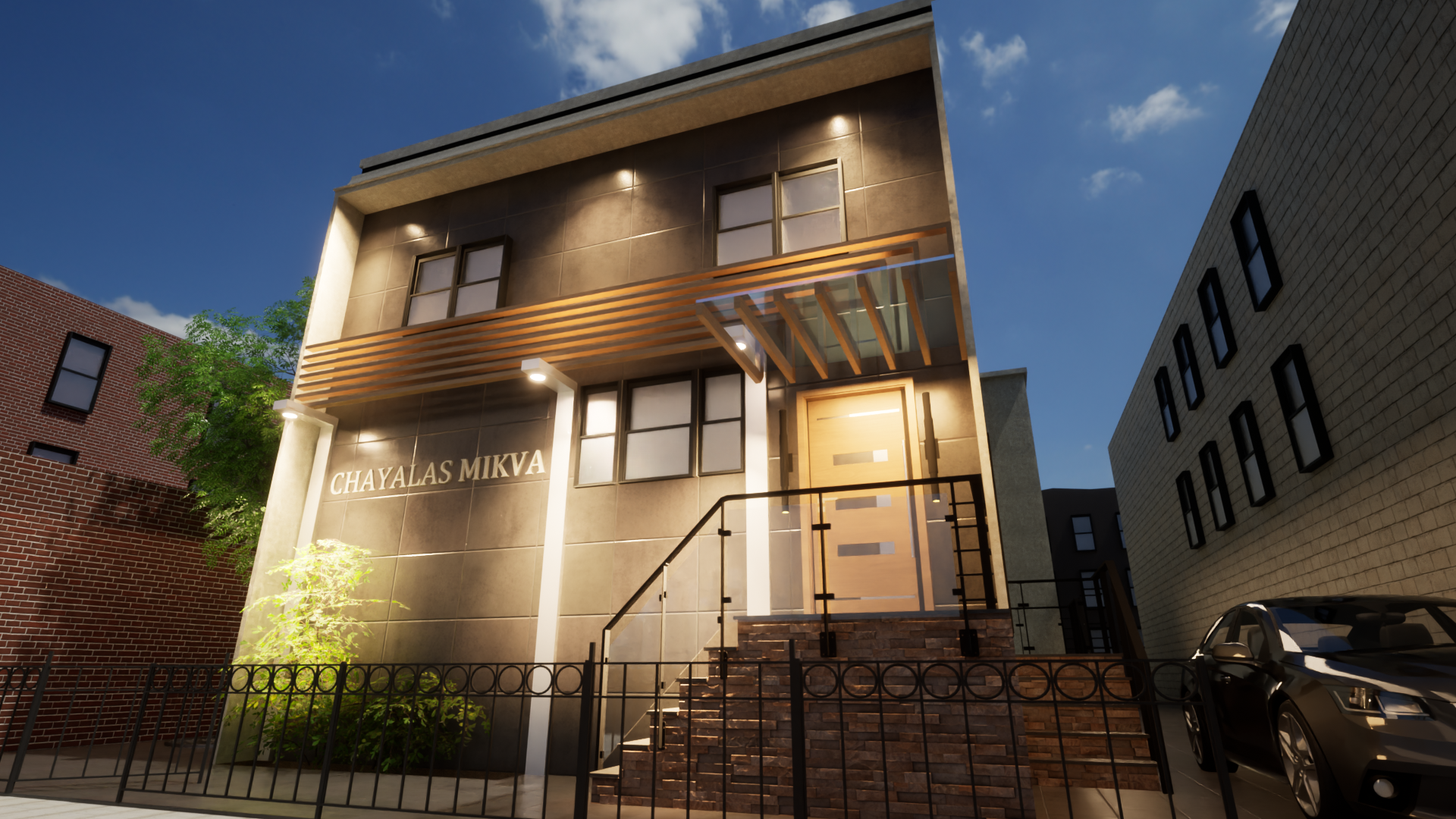 Chayala’s Mikva finalized the purchase of a building for a much-needed mikva and women’s center in the heart of East Flatbush.
The property is located at 340 East 52nd Street between Church Ave. and Linden Blvd. and was used as mikva since 1957. The Rebbe himself donated to the construction of the mikva as did many other rabbonim. Overseeing the building of the mikva were prominent Chabad rabbonim in local shuls—the unforgettable chossid and director of NCFJE, Rabbi Yaakov Yehudah Hecht, and the Rosh Yeshivah of central Tomchei Tmimim Lubavitch Rabbi Chaim Meir Bukiet, . However, in the early 1980’s, the community began to dwindle and the finances to upkeep the mikva was at risk. The Rebbe was consulted about the mikva’s future and the Rebbe was adamant that the mikva remain open.
In March of 2018, the mikva building, which had since fallen into disrepair, became available for purchase. On the search for an appropriate site to dedicate a mikva in honor of his sister Chayala a”h, Mr. Sholly Levy and his wife Rivky teamed up with Rabbi Yakov Yosef Raskin and other members of the East Flatbush community and decided to purchase it. With the help of Rabbi Shimon Hecht, director of the Rabbinical Board of East Flatbush, and Rabbi Dovid Zaklikovsky, a grandson of Rabbi Bukiet, they negotiated an affordable price for the building to be renovated for the women of the newly reborn community of East Flatbush and Crown Heights.
The mikva is in a severe state of disrepair and will need to be rebuilt from the ground up. Plans for the mikva include a pool certified to the highest standards of halacha, and numerous beautiful preparation rooms. It will feature a 4000 square foot facility which will serve as a much-needed oasis for women, dedicated to nurturing their bodies and souls. There will be a library and place for shiurim and learning as well as a zone for exercise and recreation. There will be parking available so visitors can arrive and depart in a safe and secure environment while maintaining their privacy.
The Mikva will be dedicated in honor of Chaya Moussia (Chayala) Levy. Chayala was an incredibly lively and positive person. She never complained and always looked at her challenges as G-d’s unique plan. Chayala had an amazing moral compass and was very kind and compassionate. She was never afraid of challenges and found beauty in every moment and always brought a sense of fun and joy to life. She laughed through her challenges and uplifted her friends and family in the process. Chayala tragically passed away in 1999 at the young age of seventeen. 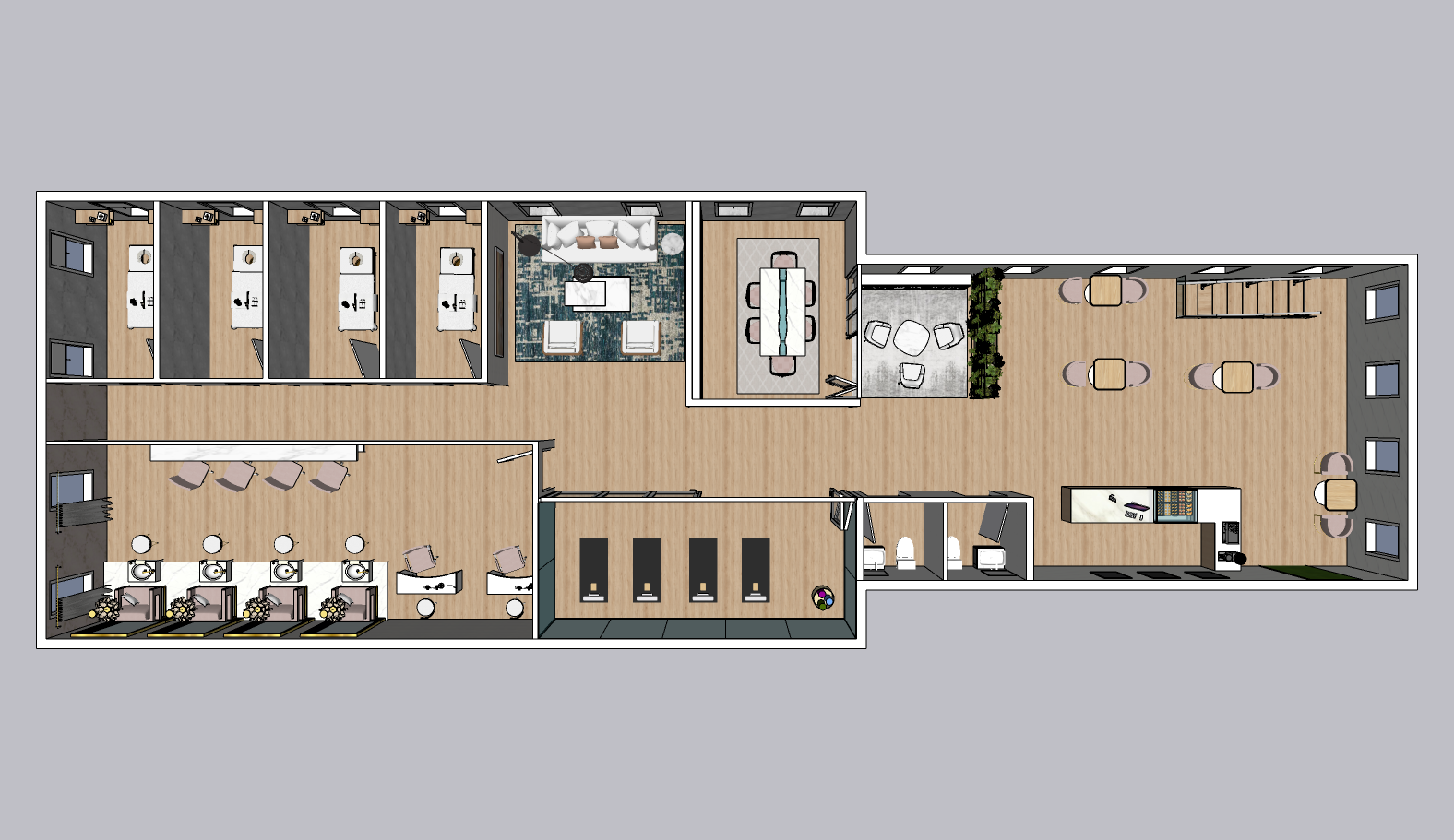 Be part of the project